Through the Years - Number Ones

I'm scheduling this post out for January 1, 2013. If it actually posts and there's anyone around to read it, that means we made it. There was no Mayan Apocalypse. The end of the Mayan calendar was just because the poor calendar maker had to stop somewhere. He was pretty tired.

Anyway, I started this blog in 2009 as an offshoot of my activity on Shelfari. But I'd joined Shelfari to save my sanity back in 2006, right after I'd graduated from college. I've been keeping track of my number one favorite reads from each year since then. Here they are:


Jane Eyre is your first rate super heroine. I loved this book. It seems before its time in the way that Jane never compromises herself. She stays true to who she is and doesn't let circumstances, people, or religion, dictate her life. I definitely was not expecting this to be as good as it is, and breezed through it very quickly.

2008 - The Amazing Adventures of Kavalier & Clay


I loved this book from beginning to end. I have so many things to say, but nothing quite grasps just how good this was. Kavalier & Clay will stay with me for a long time. Absolutely beautiful. Funny in a way that you must sometimes laugh in the hands that life deals you. True in spirit. Amazing.


Loved, loved, loved. I recently became obsessed with the movie, thinking it incredibly amazing. Beyond a horror story, the study of the human character. And the nature of evil. And god, Jack on that staircase and Wendy with the bat. I could watch that scene over and over. Anyway, I've never (except for when I was in middle school reading R.L. Stine and realize that his books were too juvenile for me) had the desire to read King, but the word from everyone was: If you liked the movie, you'll love the book.

The book was, as it often is, so much better. I've a respect for King I never thought I'd have. Though, you can't truly say that until you try. What a fantastic writer! This man knows where it's at. The book was absolutely amazing, much more than a horror story, with it's exploration of familial relationships and the essence of evil.

2010 - Raven: The Untold Story of the Rev. Jim Jones and His People

Raven is the story of Jim Jones and the People's Temple - told by Tim Reiterman, a journalist who survived the massacre of the Ryan party in Guyana just hours before more than 900 People's Temple members committed "revolutionary" suicide with poisoned Grape-Aid. Reiterman begins at the beginning - the birth and early life of Jim Jones and moves carefully forward, in almost 600 pages, to chronicle the rise and fall of a people who put their lives in the hands of a sociopath.


Not at all what its title implies - even when you find out exactly what Katherine Dunn means by Geek. Should have been called Freak Love, but I think the mystery and the - "Oh my god, this isn't about two nerds falling in love?" is half the attraction.

Concerning a traveling carnival whose acts were bred instead of hired - the story is told by Olympia Binewski, a bald, albino, hunchback dwarf and the youngest daughter of Lil and Al Binewski.


Last Call is  intelligent, thorough,and fun. The book had me researching and discussing a topic I hadn't given much thought of before.

I've slowed down considerably at the end of this year, and I'm not sure why. Other interests and activities - a lot of crocheting, letterboxing, hiking, and watching of both Bones & Buffy via Netflix. I haven't felt like reading a GD thing since deciding to not finish the terrible Casual Vacancy, which means I didn't at all meet my goal of 44 novels - reaching only 31. Still - I read some quality literature this year and it doesn't all fit neatly into a Top 10.

I really love it when my favorite books of the year are non-fiction titles.

There are too many titles that fit the last few numbers on my list. Forced to choose by my own controlling nature, I'd go with:

10. Legend of a Suicide - David Vann
9. Hard-Boiled Wonderland and the End of the World - Haruki Murakami
8. The Left Hand of Darkness - Ursula K. LeGuin

However, the following titles are all just as incredible and could take the place of any of the above:

To finalize, I was sitting in my library and staring at my shelves and realized that I'd really like to spend a year reading with abandon. That means reading whatever I please without worrying about posting reviews or maintaining any lists. I've taken leave before and reserve my right to do it again - I'll be stepping away from this for a little while. Posting will be sporadic and few. I have a post set to go up at the end of the year, if we make it beyond the End of the World. Otherwise... radio silence.
at 8:00 AM No comments: 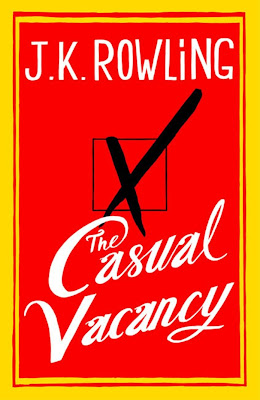 It's so incredibly rare that I don't finish a book. For one, the sheer pain associated with reading an awful book makes me so mad, I don't want to have toiled so hard for a book I can't count among my yearly numbers. But oh god. Maybe you've noticed I've disappeared for a while. Over a month, I think, without a decent post, tweet or tumblr quote. Part of that is the volume of work I've had to deal with this Fall - our fiscal years don't align with the calendar year and so, September and October are busy, busy planning months. The other part of my silence was this new and godawful book by J.K. Rowling.

It took me the better part of two months to read a little over 100 pages. I finally made the decision to quit on Friday of last week, realizing I was wasting a lot of valuable reading time desperately trying to get through this novel just because J.K. Rowling wrote it.

My complaints mirror the complaints of the masses. Just Google it - you'll find more bad reviews than good ones. What gets me the most is that J.K. made a concentrated effort to have this marketed as an 'adult' novel - the Harry Potter author goes rogue, she can write what she wants, etc - and then reduced every single one of her adult characters (and there are so, so many) to mere caricatures. They might as well all have been named either Vernon or Petunia Dursley. And, surprisingly enough, the only characters with any depth at all are the teens. Unfortunately, their chapters can not carry the burden that is this book.

The book begins with Barry Fairbrother's death, a very well-written chapter that falsely draws you in to the terrible narrative that is to come. As soon as Barry hits the pavement, literally, the section titled Monday launches. In it, each character is given a chapter and a chance to react to the news of Barry Fairbrother's death. Sometimes more than once. Since Barry held a seat on the Parish Council in Pagford and was an instrumental player in the fight to keep The Fields (housing projects) a part of their well-to-do town, the reactions vary from distress to political plotting. And then Tuesday happens and, if you didn't guess it, I'll tell you - each character is given a chapter to talk some more about Barry Fairbrother's death, the reactions varying from distress to political plotting.

I couldn't. I'm sorry - I just couldn't. The plot crept along and the characters were utterly unlikable. J.K - how could you expect me to keep reading?
at 8:30 AM 3 comments:

I've fallen so far behind on my reading. I blame The Casual Vacancy. Because it's awful.
at 8:30 AM 3 comments:

Email ThisBlogThis!Share to TwitterShare to FacebookShare to Pinterest
Labels: reading

Co-workers Do Nothing to Help My Obsession 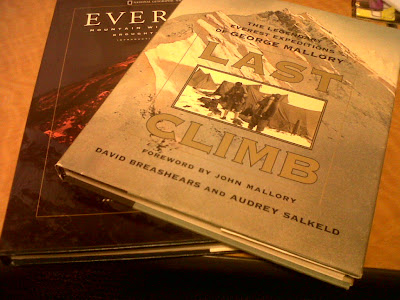 I've still got The Climb sitting on my desk, waiting to be sent back to its owner. I've got several co-workers who do way more exciting and dangerous hikes/climbs than I do, so I guess it's not surprising that leaving something like that out sparks conversation. Anyway, walked in the other day to find these two coffee-table Everest books sitting on my desk. They've got great photos - I can't wait to dive into them. 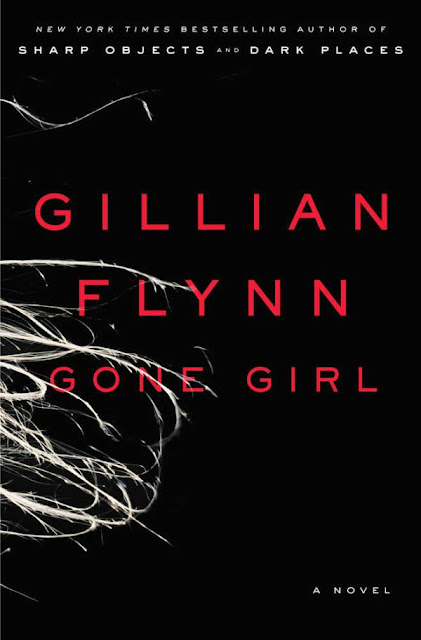 Listen. I'm aware of the fact that my reviews are somewhat lacking because I never took journalism classes because I never had the interest - even though when people hear reader and writer they immediately think you must have been on the school newspaper. There's a difference. A major difference in all the genres, all the nuances of reading and writing. Journalism is not my shtick. My reviews vary from those I'm super proud of, to those that kind of suck. My main goal, in all of my reviews, is to get to the heart of Did I like it? and Will you like? quickly - for those of us that maybe don't want to spend an hour reading a blog post just for the answer to those two questions.

That being said - I'm not entirely sure where to start with Gone Girl. Yes, I liked it. Loved it, in fact. Gillian Flynn can write. And yes, I think you'll like it, too. Just be prepared for a mind-f*ck beyond any you've ever had before.

Meet Nick and Amy, the unreliable main characters of Gone Girl, who we learn - via Nick's opening narrative - are celebrating their fifth wedding anniversary on the ominously titled "Day of." Day of... what, you ask? The day that Amy disappears, leaving behind a curiously staged crime scene and a diary that, interspersed with Nick's chapters, gives an eerie description of their marriage, oftentimes contradicting what Nick has only just disclosed the previous chapter. And just when you think the book is a classic whodunit, it morphs into a study of character, so intricately woven and perfectly written, you really aren't sure what the hell just happened to you, but you're kind of glad it did.

Review with Spoilers via FullStop (has all the words I don't).
Via The Millions - a discussion on Gillian Flynn and the distinctions of sex, class and identity in her novels.
Book Magnet's Spoiler Free Review

Purchase Now from Amazon
at 8:30 AM 2 comments: 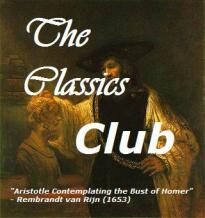 Hosted by A Room of One's Own